I have tested WCT on our developer site and it worked as expected. The PRO menu “Product tabs” appeared and worked fine.

After that I tried to verify which plugin was actually conflicting by deactivating some.
It looked like the plugin “Woo Import Export” was the one, which was actually preventing or overwriting the WCT menu. This plugin uses the add_menu_page() function and tries to find a free slot for the menu positioning.

It might be that WP functions like add_menu_page() and register_post_type() aren’t very solid in managing concurrent menu entries. It’s quite ugly if you can’t see what you expect and no error is thrown.

Anyway, at least I found a workaround for me, so all is good now.

Thanks for your efforts! 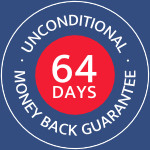